Kenya: Where dreams become aims. What motivates the Kenyan athlete? 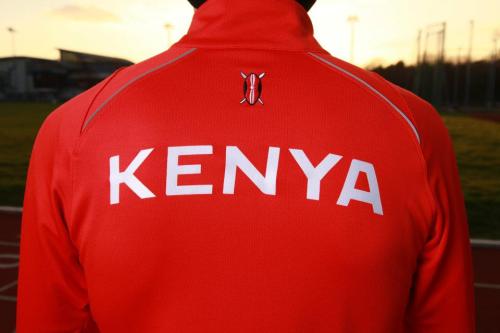 Every athlete has a goal.  However, the motives behind each individual sportsman and woman dedicating such large quantities of their lives to sporting pursuits vary enormously.  Whether it be in search of fame, money, a sense of achievement, weight loss or a way to vent and release stress or frustration which has arisen from other areas of their lives – millions of individuals all over the world choose to push their mind, body and souls to the limit in search of their ultimate goal.

Having spent five of the past seven months training at altitude in Iten, Kenya in pursuit of my personal goals in the world of athletics, it has become clear to me that these reasons and motives not only vary depending on the individual but also derive from the athlete’s country of origin.

A question I am often asked is why do so many Kenyans opt to pursue a career in athletics? Is it for financial benefit?  To be the best they can be? Or simply to fill in time? These are just a few of the many questions which follow up the original.

Kenyans see athletics as the fastest, most realistic and, in some cases, only vehicle to a better life.  ‘Making it’ takes on a whole different meaning to a Kenyan athlete compared to that of their British counterparts.  Starting out as a competitive athlete in the UK, aged 9, I wanted to win, have fun and do my parents proud.  In Kenya it can be a matter of life or death.  For this reason it is not surprising that without fail, 3 times each day you will see large groups of athletes stampeding along the red dirt roads of Iten, trying to run their way to a better life.  They can see all around them, the financial success that can be achieved through running and in particular marathon running.  They see the big cars, the land and the status which their neighbours have achieved through running.  They say to themselves ‘I am Kenyan, I can do this too’.  One race can set you up for life.

Reports suggest that Samuel Wanjiru, a hero to many Kenyans but who’s life sadly came to a tragic end in 2011, was earning up to 2million Kenyan shillings (over  £15,500) per month as a teenager from his Toyota contract alone.  A good quality acre of farming land in Kenya can cost around 300,000ksh (around £2,200).

While there is no doubt that the financial side of the sport is a hugely influential factor in motivating Kenyan athletes to be the best and drive them out of poverty, there is still a very special characteristic which is evident in every top runner I have spoken with during my time here.  Despite the vast levels of success that many have enjoyed, they still continue to push themselves to new limits and chase new world records when they could quite easily sit back, relax and enjoy their wealth.

Speaking with the second fastest marathon runner in history, Wilson Kipsang, he said:

“We as athletes have aims and expectations which become higher and more ambitious as we achieve.  Now my ambition is the world marathon record.

“It takes discipline and hard work.  I am a very focused guy, when I want something I go out there and work hard to get it.”

Her coach, Gabriele Nicola, provided great insight into the reasons behind her success and emphasised just how important this determined attitude is when chasing new feats:

“Mary is talented, she is light and she has a big engine.  Some people are born to run fast.  However, on top of this she has a professional attitude and great discipline.  There is no secret.  Talent is useless for people if they do not have the correct attitude.”

Kenya and its people continue to teach me that in order to achieve your goals in athletics and indeed life, you need to push yourself to new limits – but crucially, to also train smart in order to avoid injury.  Finding this balance is key and it is something which many of the athletes I have met place a paramount level of importance on.   It truly is a special country and a place which can help turn your dreams into realistic, concrete aims.